How to create your own custom Actions for GitHub Actions 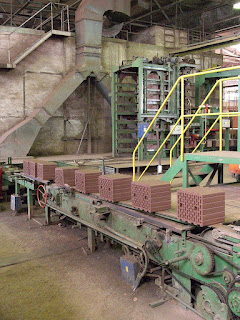 In my article about GitHub Actions we reviewed how you can build entire workflows just using premade bricks, called Actions, that you can find at GitHub Marketplace.

That marketplace has many ready to use Actions but chances are that sooner than later you'll need to do something that has no action at markeplace. Sure, you can still use your own scripts. In that article I used a custom script (./ci_scripts/get_version.py) at section "Sharing data between steps and jobs". Problem with that approach is that if you want to do the same task in another project you need to copy your scripts between project repositories and adapt them. You'd better transform your scripts to Actions to be easily reusable not only in your projects but publicly with other people projects.

Every Action you can find at marketplace is made in one of the ways I'm going to explain here. Actually if you enter to any Action marketplace page you will find a link, at right hand side, to that Action repository so you can asses it and learn how it works.

There are 3 main methods to build your own GitHub Actions:

If your Action just needs a bunch of bash commands or a python script exclusively using its built-in standard library then composite Actions is your way to go.
As an example of a composite action, we are going to review how my Action rust-app-version works. That Action looks for a rust Cargo.toml configuration file and read which version is set there for the rust app. That version string is offered as the Action output and you can use that output in your workflow, for instance, to tag a new release at GitHub. This action only uses modules available at standard python distribution. It does not need to install anything at user runner. It's true that there is a requirements.txt at rust-app-version repository but those are only dependencies for unit testing.
To have your own composite Action you first need a GitHub repository to host it. There you can place the few files really needed for your action.
At the very root of your repository you need a file called "action.yml". This file is really important as it models your Action. Your users should be able to think about your action as a black box. Something where you enter some inputs and you receive any output. Those inputs and outputs are defined in action.yml.
If we read the action.yml file at rust-app-version we can see that this action only needs an input called "cargo_toml_folder" and actually that input is optional as it can receive a value of "." if it is omitted when this action is called:

Outputs are somewhat different as the must refer to the output of an specific step in your action:

In last section we specify that this action is going to have just one output called "app_version" and that output is going to be the output called "version" of an step with an id value of "get-version".
Those inputs and outputs define what your action consumes and offers, i.e. what your action does. How your action does it is defined under "runs:" tag. There you set that your Action is a composite one and you call a sequence of steps. This particular example only has one step but you can have as many steps as you need:

Take note of line 22 where that steps receives a name: "get-version". That name is important to refer to this step from outputs configuration.
Line 24 is where your command is run. I only executed one command. If you needed multiple commands to be executed inside the same step, then you should use a bar after run: "run: |". With that bar you mark that next few lines (indented under "run:" tag) are lines separated commands to be executed sequentially.
Command at line 24 is interesting because of 3 points:
Apart from that, you only need to setup your Action metadata. That is done in the first few lines:

Be aware that "name:" is the name your action will have at GitHub Marketplace. The another parameter, "description:", its the short explanation that will be shown along name in the search results at Markeplace. And "branding:" is only the icon (from Feather icon suite) and color that will represent your action at Markeplace.
With those 24 lines at action.yml and your script at its respective path (here at rust_app_version/ subfolder), you can use your action. You just need to push the button that will appear in your repository to publish your action at Marketplace. Nevertheless, you'd better read this article to the end because I have some recommendations that may be helpful for you.
Once published, it becomes visible for other GitHub users and a Marketplace page is created for your action. To use an Action like this you only need to include in your workflow a configuration like this:

If your Action needs to install any dependency then you should package that Action inside a docker container. That way your Action dependencies won't mess with your user workflow dependencies.
As an example of a docker action, we are going to review how my Action markdown2man works. That action takes a README.md file and converts it to a man page. Using it you don't have to keep two sources to document your console application usage. Instead of that you may document your app usage only with README.md and convert that file to a man page.
To do that conversion markdown2man needs Pandoc package installed. But Pandoc has its respective dependencies, so installing them at user runner may break his workflow. Instead of it, we are going to install those dependencies in a docker image and run our script from that image. Remember that docker lets you execute scripts from container interacting with host files.
As with composite Actions, we need to create an action.yml at Action repository root. There we set our metadata, input and outputs like we do with composite actions. The difference here is that this specific markdown2man Action does not emit any output, so that section is omitted. Section for "runs:" is different too:

To configure your image, for example installing things, you use RUN commands.

ENV command generates environment variables to be used in your Dockerfile commands:

You use COPY command to copy your requirements.txt from your repository and include it in your generated image. Your scripts are copied fro your Action repository to container following the same approach:

After script files are copied, I like to make then executable and link them from /usr/bin/ folder to include it at the system path:

After that, you set your script as the image entrypoint so this script is run once image is started and that script is provided with arguments you set at the "args:" tag at action.yml file.

You can try that image at your computer building that image from the Dockerfile and running that image as a container:
For local testing you need to mount your project folder as volume (-v flag) if your scripts to process any file form that repository. Last two argument in the example (work/README.md and mancifra) are the arguments that must be passed to entrypoint.
And that's all. Once you have tested everything you can publish your Action and use it in your workflows:

With a call like that a man file called cifra.2.gz should be created at man folder. If manpage_folder does not exist then markdown2man creates it for you.

Your Actions are first class code

Although your Action will likely be small sized, you should take of them as you would with your full-blown apps. Be aware that many people will find and your Actions through Marketplace in their workflows. An error in your Action can brreak many workflows so be diligent and test your Action as you would with any other app.
So, with my Actions I follow the same approach as in other projects and I set up a GitHub workflow to run tests against any pushes in a staging branch. Only once those tests succeed I merge staging with main branch and generate a new release for the Action.
Lets use the markdown2man workflow as example. There you can read that we have two test types:

In addition to testing it, you should write a README.md for your action in order to explain in detail how to use your Action. In that document you should include at least this information:
And you should add too a LICENSE file explaining the usage terms for your Action.

The strong point of GitHub Action is the high degree of reusability and sharing it promotes. Every time you find yourself repeating the same bunch of commands you are encouraged to make and Action with those commands and share it through Marketplace. Doing that way you get a piece of functionality easier to use throughout your workflows than copy-pasting commands and you contribute to improve the Marketplace so that others can benefit too from that Action.
Thanks to this philosophy GitHub Marketplace has grown to a huge amount of Actions, ready to use and to help you to save you from implementing that functionality by your own.
Publicado por Dante en 20:36