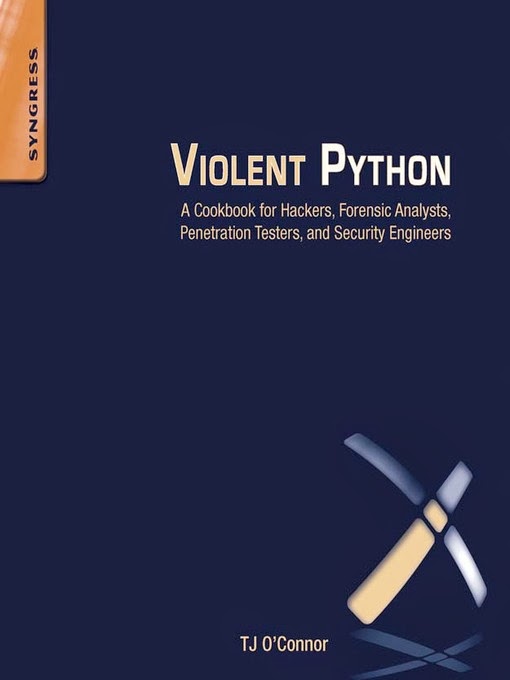 Python is widely used in many fields including maths, physics, engineering, scripting, web programming and, of course, security. Its power to be a glue between many tools and programming languages make it the perfect option for pentesting.

"Violent Python" scratches the surface of python in the world security tools programming world. It's a correct book, actually a correct cookbook. Correct because although the example programs are short and simple they show python in action in many security fields: geolocation, obfuscation, exploit development, network analysis and forgery, web scrapping and a long etcetera.

Problem is that the book is just correct because example program are not very pythonic. Although code is simple and clear, python offers smarter ways to do that things. Besides example programs are unambitious and don't go further of mere curiosities. In my opinion, examples could have been more spectacular and many more fields in security could have been covered.

I don't regret having bought "Violent Python", but maybe I'm a bit dissapointed because book is geared to people in a more initial point than me in the learning journey into security engineering. For that people this book is a fun and a direct approach to security tools development.
Publicado por Dante en 17:10